There was one thing that I failed to mention about yesterday, which was the seminars. Aside from the Buyer's Bazaar, that's one of the big things to do on a Con Friday. I attempted to attend 2 seminars yesterday, but both of them went somewhat wrong.
The first was a GMing seminar. The problem here is that the speaker was about a half an hour late. It turns out that he was tied up getting his hotel room squared away. Once he arrived, it turned out to be a pretty good seminar. He'll be giving it again later in the con, hopefully for the full time and the ability to expand on some of the topics. I'll try to catch it.
The second was a seminar on gaming with kids. When I walked into a room with only 3-4 people in it, I assumed we had another speaker no-show. I was only half right. The lead speaker had failed to show (having gotten distracted by a game) so he left his 2 co-presenters to do their best. This was compounded by a lack of an audience. What resulted was a bit less focused, but a bit more intimate. 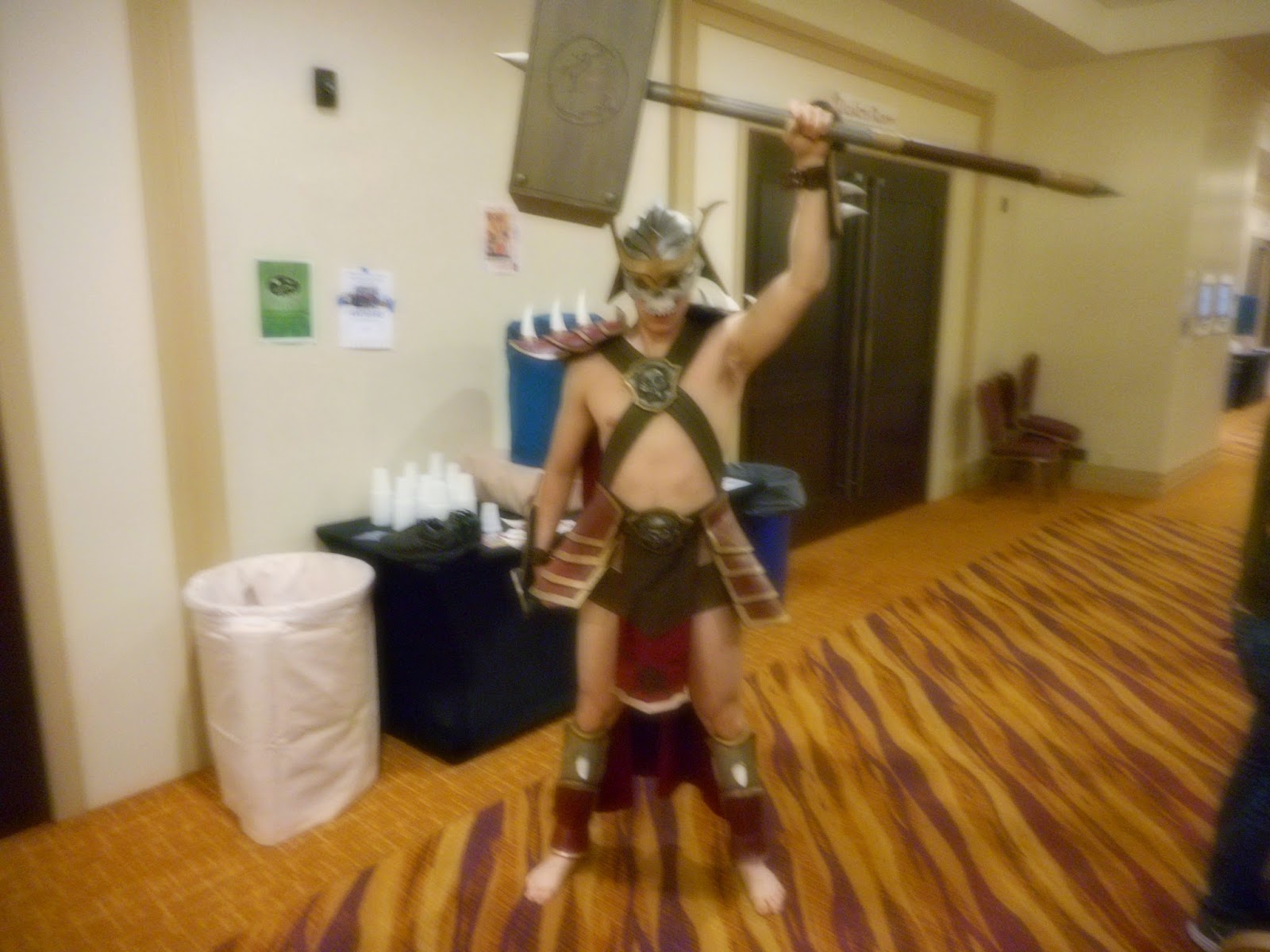 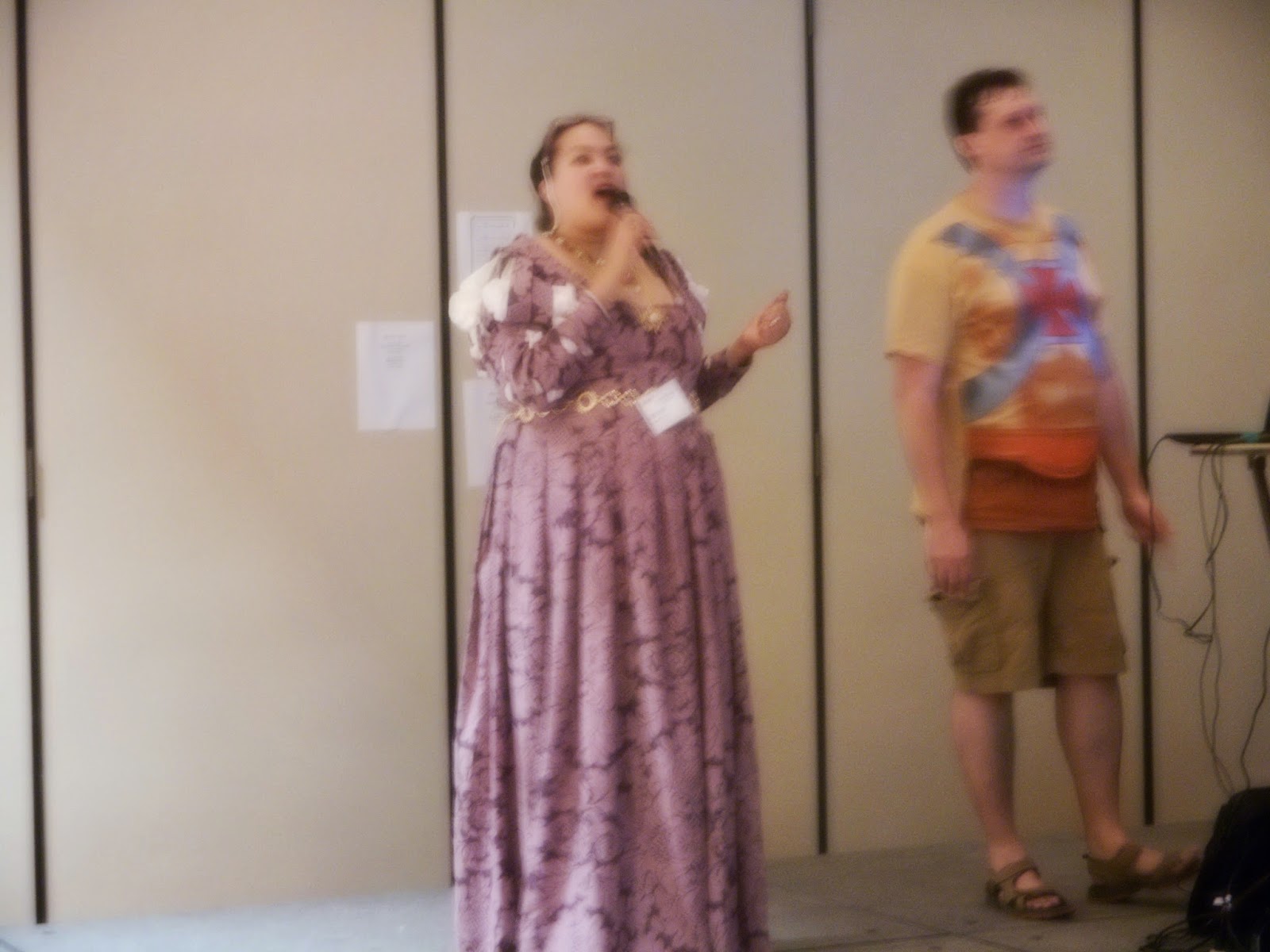 It turns out that the cosplayers from last night wound up doing a karaoke performance. Actually, it was more of a karaoke event run by cosplayers. Skeletor was the MC and He-Man ran the music. A few people, both costumed and not, got on stage and did some karaoke. Optima Prime, the girl dressed as a robot, performed a "traditional song of her people:" Dare to be Stupid by Weird Al Yankovic. 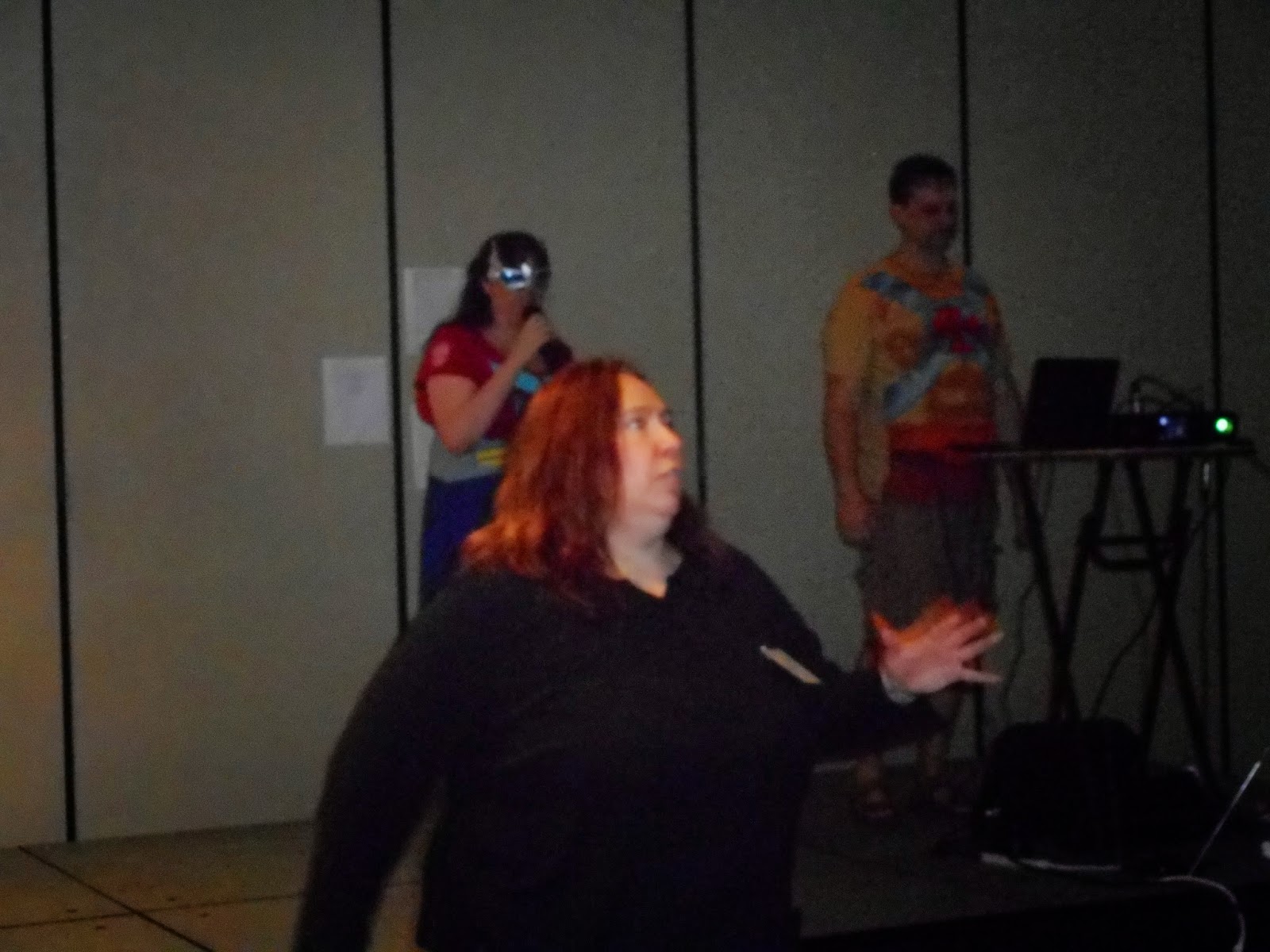 I only stayed for the first set, since it was getting late and I had a game to play in the morning. If I didn't have the time pressure, I probably would have gotten up on stage myself. It's been a long time since I've been able to do karaoke.
The game was, of course, another Mythos Trek adventure by Whitney Preston. I had played in his game last year and had a lot of fun being a total Star Trek nerd for 8-10 hours, so I decided to repeat the experience. While the adventure did have some Mythos elements, the main MacGuffin of the story was actully the puzzle box from the Hellraiser films.
Although he had reserved a 10-hour block to run his game, we wound up finishing a little bit early. Thanks to that, I actually have time to write this.
As much as I was looking forward to having my game sold at this con, it wound up not happening. I was tied up with my game, so my wife checked in on it for me. I don't have the details on wherewires got crossed or why, so I'm not going to make damning speculations. Needless to say, however, I am disappointed.
I will soon be going to run my game as part of the convention's Teen Room, where I had run Castle of the Mad Archmage last year. Here's hoping that goes well.
Posted by F. Douglas Wall at 6:27 PM